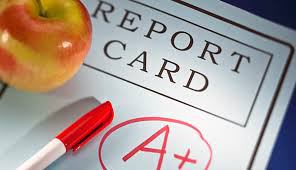 Existing home sales: Existing-home sales were up 7 percent in 2015, buoyed by strong household formation (at about 1.4 million households formed in the past four quarters ending in September) and strong job growth. Distressed sales fell in 2015, as did sales to investors, international buyers, and second-home buyers, Smoke notes.
Home prices: Home prices edged up 5 percent to 7 percent nationwide in 2015. “Such appreciation helped owners see substantial gains in equity,” Smoke writes. “Home values are close to being fully recovered nationally.”

But the level of price appreciation is above a normal rate, mostly due to an imbalance in the number of homes for-sale and high demand.

“Even with more than 20% growth in total new construction, we will have created only a net new 900,000 housing units, which is less than 65 percent of the new households we created,” Smoke notes.

Rental market: Many of the new households forming are renters. Apartment vacancies are at multi-year lows, and rents are rising sharply. That is worrisome, Smoke says, because “when renting households are so burdened by making rent payments, they’re less able to save up to own.”

Nevertheless, affordability, overall, remained strong by the end of 2015, despite the higher home prices.

“Looking across the national housing landscape, the housing market has stronger fundamentals now than one year ago,” Smoke says. “However, we need new construction to keep up with the household formations driven by demographics and healthy job creation. We need more affordable housing to decrease the impact of burdensome rents. And we need expanded, risk-appropriate access to credit to help households that can afford to buy.”